Call to save local Leisure Facilities

LIBERAL Democrat councillors have called for the council to end fears that local facilities could be closed.

Concerns for the future of leisure centres, local libraries and community halls have been raised in recent weeks.

It follows the leak of a briefing paper sent to councillors on a cross-party working group focusing on South Lanarkshire Leisure and Culture.

"Our guiding principle should be to work with communities, not to do things to communities. Yet we have ended up with what can only be described as a draft closure list, the leaking of which has caused considerable alarm and agitation.

It is clear that a fresh start is needed to the review, which can command the confidence of local communities." 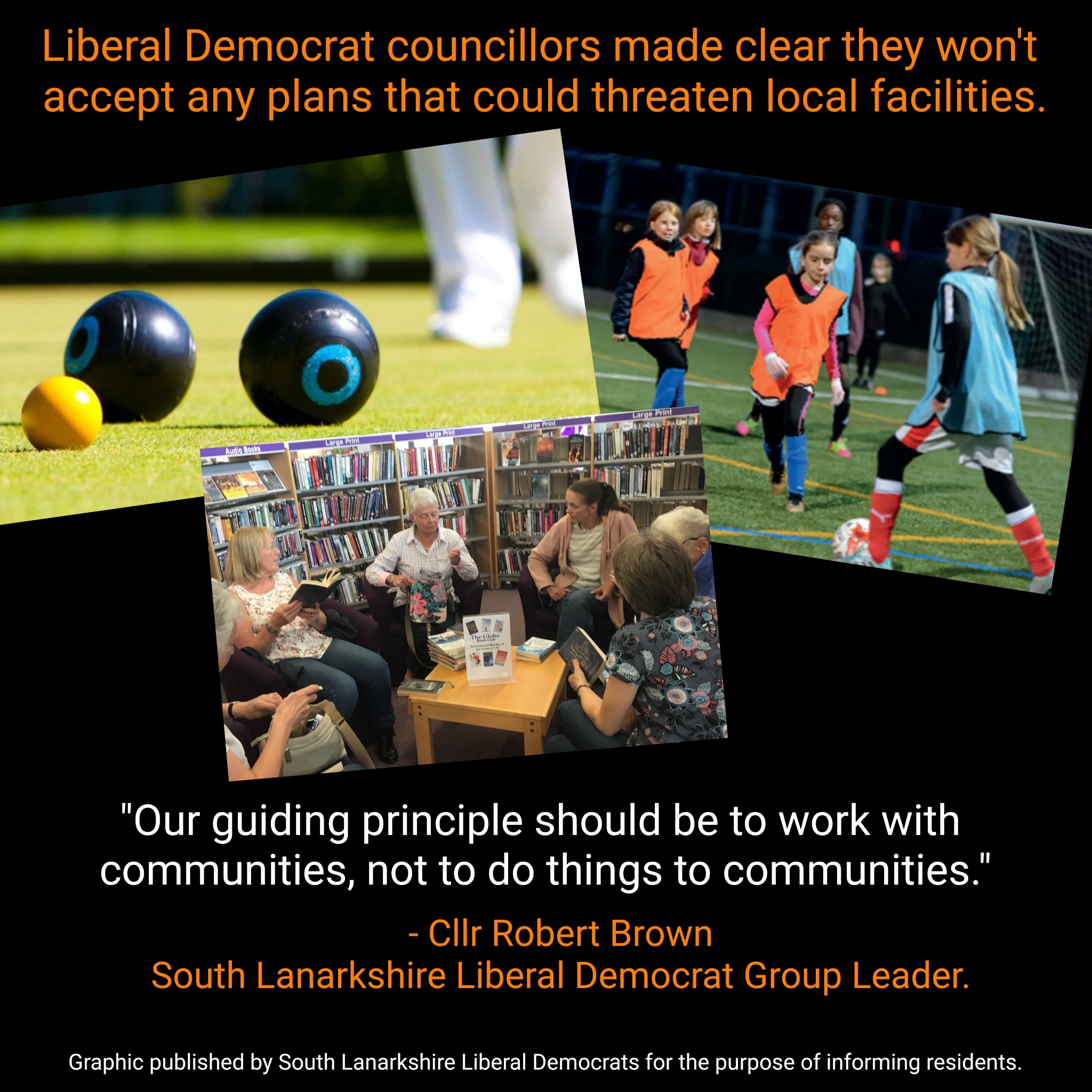 The Liberal Democrat Group strongly urge that the closure list must immediately be taken off the table."

There are huge opportunities for sport, leisure and culture in Rutherglen and Cambuslang - and an increased need and demand by the public for them after the coronavirus pandemic. The focus should be on making full use of all the council facilities and on developing and supporting new groups too.

It is true that some halls such as Spittal are not fully used but often they are the only public or community facility in the area. In Springhall, the co-location of the hall and the library along with other facilities shows the way forward - a modern facility, which will be used by more people and with reduced staffing costs because of the move to one building. The same principle should apply to other libraries, halls or community facilities with a view to them being as fully used as possible.

We should also be talking to local churches, mosques, scout and guide halls, sports clubs and other voluntary sector premises and groups who often both provide the premises and support the organisations providing the service or opportunity.

Local people in Rutherglen & Cambuslang and indeed across South Lanarkshire must have confidence in the process and the outcomes.

I am interested in hearing from anyone with a view on these matters."