This week’s icy weather has brought a deluge of complaints to the Council and to local Councillors about icy roads and pavements – with lots of reports of people falling. The Council does routine gritting of the main roads, main bus routes, school accesses and the like – totalling over 51% of the road network  - but only a small proportion of pavements and footpaths (around 3.5%) mostly in town centres.

Now the Council’s Liberal Democrat Group are calling for a review of the winter gritting programme. East Kilbride South Councillor Fiona Dryburgh, the Liberal Democrat Group Business Manager, has asked officials to look at the way the policy works, the experience in other countries and what might be done better to keep people safe in winter. 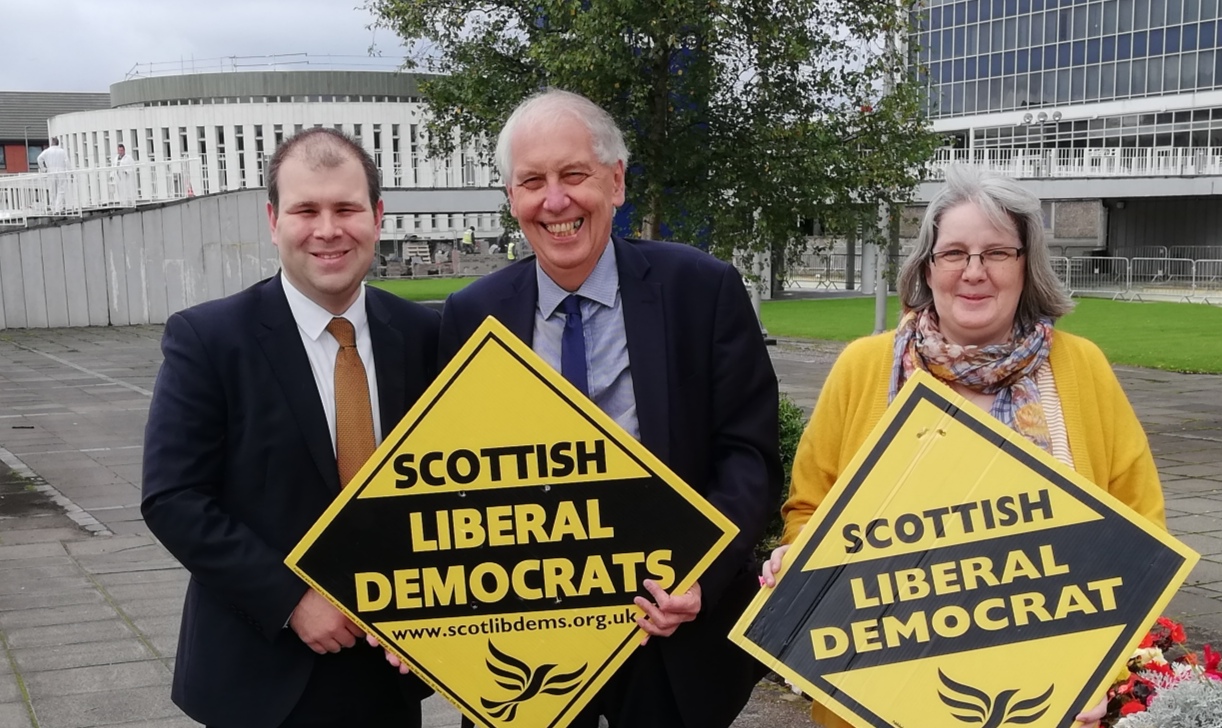 Liberal Democrat Group Leader Councillor Robert Brown said that Councils had a duty under Section 34 of the Roads (Scotland) Act to take reasonable care for people’s safety on their roads and pavements. The section states: “Roads Authority shall take such steps as they consider reasonable to prevent snow and ice endangering the safe passage of pedestrians and vehicles over public roads”.

“My part of East Kilbride has been terrible with very little gritting on residential streets and pavements. People have had a lot of difficulty getting out to their work, to the local shops or to look after elderly relatives. Elderly people in particular are supposed to be keeping healthy by going for walks during the coronavirus pandemic but that is next to impossible just now.

I think the Council needs to look at what can be done better to keep people safe.

“The Council staff who grit the roads and support the winter programme have done a tremendous job, not just on the main roads and priority routes but also in getting to some of the residential streets too. However, there have been a lot of problems with empty grit bins taking days to get refilled and a lot of people who feel they never see a grit lorry near their street. It would help if the grit bins could be refilled more quickly – they are a vital supply to local residents and to community activists, many of whom have done a brilliant job in helping their neighbours or their street.

The Council can’t grit everywhere immediately and they give priority to main roads because the injury from a vehicle skidding off the road is likely to be particularly serious. However it is usually reported how much better things seem to be done in other countries like Germany or Denmark.

I think we should look at the whole system, both to see what we can do better – and also whether resources can be found to do more, particularly on the pavements. This is particularly important just now when hospitals are stretched because of Covid – the last thing on earth they need is a flow of people with broken limbs who have fallen on ice in the street.”