Local Liberal Democrats have welcomed the election of Alex Cole-Hamilton MSP as the new Leader of the Scottish Liberal Democrats, replacing Willie Rennie who stood down from the post after 10 years. 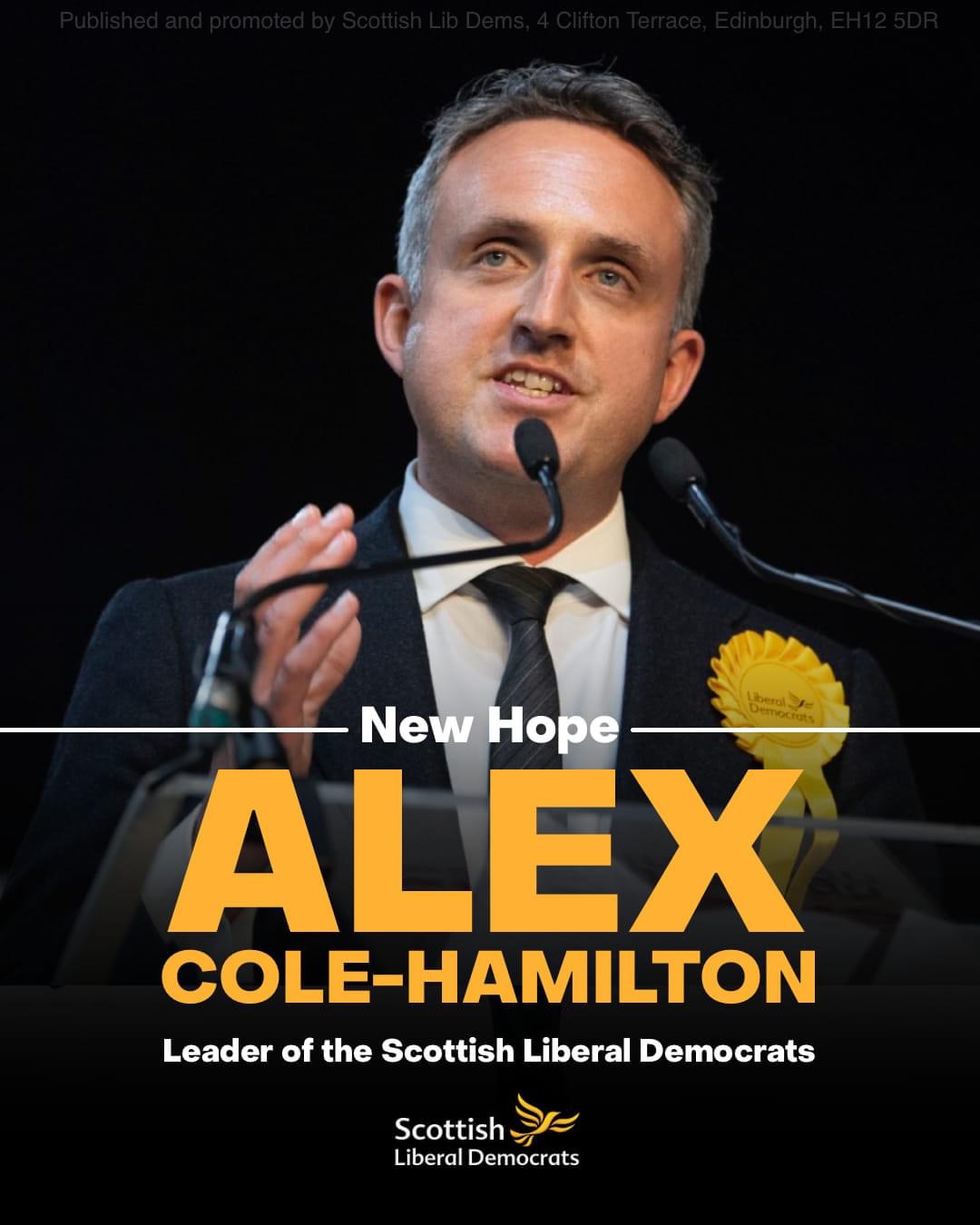 “Alex Cole-Hamilton is a leader for a new generation and represents a new start for the Liberal Democrats. He is a proven vote winner - in his own seat in West Edinburgh he has the biggest majority of any MSP in the history of the Scottish Parliament. I look forward to him charting a new direction for the Party and leading Liberal Democrats to success across Scotland.

The opportunity is there to offer a new approach to unite Scotland in partnership with the other nations and regions of the United Kingdom, to rebuild the country as it emerges from the pandemic, and to provide hope for a better future and greater opportunities for our people.

“Under my leadership the Scottish Liberal Democrats will fight the climate emergency with ferocity but without the baggage of nationalism, value carers and those they care for, stand for human rights, offer new hope for business big and small, reach for the best education in the world and deliver the standard of public services our people are clamouring for.

"We turn a new page in the history of the Scottish Liberal Democrats and look forward with new hope and brimming confidence to a brighter chapter in the future of our country.”